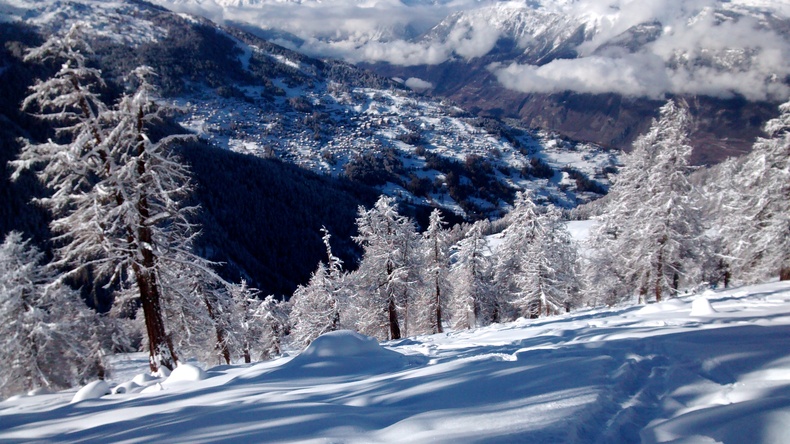 [Update: h/t to @stevejalim, as this is partly a response to a conversation we had a while back..]

I've just come back from a week's skiing in the Alps, with a group of people
that I didn't know before the trip, brought together only by a collective interest
in skiing. A lot of time was spent on the mountain, but almost as much was
spent on lifts, in bars, and standing around making polite conversation, and
meeting people I'm pretty sure I'll never see again.

I came away thinking how much more productive and interesting the trip would
have been if the others had all been working in or around the same industry.
I know that the London property and financial services industries have pretty
well-established annual trips, and am sure other industries do too.

I believe that there used to be a Django ski trip, but that has fallen by the
wayside, so thought I'd do a quick survey to see if there is any interest in
reviving it, or something like it. The audience is as broad as it needs to be
- if you're involved in creating or building apps, websites, robots, or anything
vaguely digital, whether that be as a designer, a developer, an ideas person, UX
or anything in between, you're invited.

At this stage, given that I have no idea if anyone is interested, there is no
agenda at all. It could be a weekend or a week. It could be a conference (hard
to organise), an unconference (easier), or just a social (easiest) - a chance
to ski hard, and spend the evenings talking to industry peers. It would be
really cool to run a week-long hackathon - with the intention of actually
building something of value during the trip - interactive piste maps would be
a starter for ten - most resorts having really bad websites, but that may be
asking too much.

Anyway - if enough people express an interest, I'll do something about it,
otherwise I'll just sign up for another anonymous ski trip next year.