Build yourself a local Heroku

(This is the first part of a four-part series. Part two is now available - Vagrant as the base OS)

Having your developers write code and run it in an environment that matches your production environment can prevent nasty surprises, but how can do this when your application is hosted on Heroku, and your company doesn't own a single piece of its own IT equipment?

When you are working in a team, on a long-term web app (i.e. a product, not a campaign), having a consistent, predictable, easy-to-build environment within which to write the code is important. Developers coming in to a project need to be able to spin up a working environment, on whatever machine they are working on, without having to spend two days doing it.

For our team, built from freelancers who all have their own equipment and their own ways of working, we have the following requirements for a developer's setup:

We run our live, staging and test environments on Heroku, so the closer we can get to replicating that locally, the better. What we want is Heroku-in-a-box.

(Just in case you're thinking Dokku, this is not it. Dokku, which is a great project, builds a remote environment into which you can deploy applications via git push, like Heroku. What I am describing is a local environment modelled on Heroku's logical architecture in which you can write-and-run code. A developer's environment, not a development environment, if you like.)

Each of these elements maps to a specific virtualisation technology, and using these to address the individual requirements, you can build an effective local Heroku-like environment:

In subsequent articles I will show how each of these three come together to create a developer environment for building python (spec. Django) web applications that looks like this: 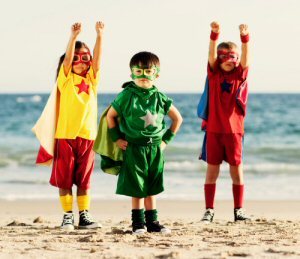